The Day I Became a "Mom" 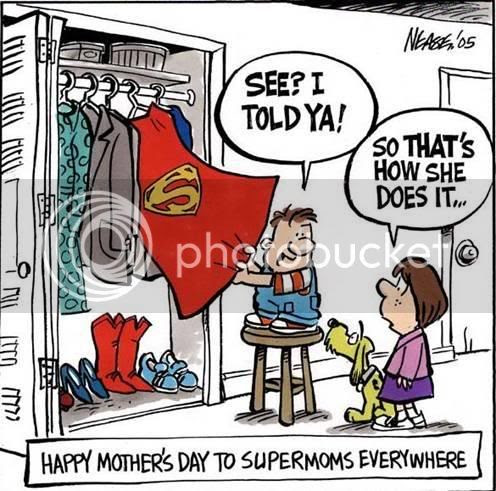 The day I became a mom was not the day my daughter was born, but seven years later. Up until that day, I had been too busy trying to survive my abusive marriage. I had spent all my energy trying to run a "perfect" home that would pass inspection each evening, and I didn't see that my baby girl had become a toddler. I'd tried endlessly to please someone who could never be pleased and suddenly realized that the years had slipped by and could never be recaptured.

Oh, I had done the normal "motherly" things, like making sure my daughter got to ballet and tap and gym lessons. I went to all of her recitals and school concerts, parent-teacher conferences and open houses – alone. I ran interference during my husband's rages when something was spilled at the dinner table, telling her, "It will be okay, Honey. Daddy's not really mad at you." I did all I could to protect her from hearing the awful shouting and accusations after he returned from a night of drinking. Finally I did the best thing I could do for my daughter and myself: I removed us from the home that wasn't really a home at all.

That day I became a mom was the day my daughter and I were sitting in our new home having a calm, quiet dinner just as I had always wanted for her. We were talking about what she had done in school and suddenly her little hand knocked over the full glass of chocolate milk by her plate. As I watched the white tablecloth and freshly painted white wall become dark brown, I looked at her small face. It was filled with fear, knowing what the outcome of the event would have meant only a week before in her father's presence. When I saw that look on her face and looked at the chocolate milk running down the wall, I simply started laughing. I am sure she thought I was crazy, but then she must have realized that I was thinking, "It's a good thing your father isn't here!"

She started laughing with me, and we laughed until we cried. They were tears of joy and peace and were the first of many tears that we cried together. That was the day we knew that we were going to be okay.

Whenever either of us spills something, even now, seventeen years later, she says, "Remember the day I spilled the chocolate milk? I knew that day that you had done the right thing for us, and I will never forget it."

That was the day I really became a mom. I discovered that being a mom isn't only going to ballet, and tap and gym recitals, and attending every school concert and open house. It isn't keeping a spotless house and preparing perfect meals. It certainly isn't pretending things are normal when they are not. For me, being a mom started when I could laugh over spilled milk.