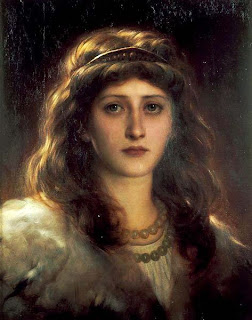 They suffer silently, consumed by a dread of sexual pleasure and filled with fear and sexual self-doubt. They feel profoundly at odds with a culture that tirelessly promotes sex but is strangely unconscious about sexuality. It is not inhibited sexual desire they are experiencing, although often they possess a naiveté, an innocence, or even a prejudice against sex. It is not sexual dysfunction, although their suffering often wears the mask of physical problems that affect sex. It is not about being cold and unresponsive although that certainly is a way in which they protect themselves against the hurt. It is not about religious belief, although religious sexual oppression may have been a place to hide. It is not about guilt and shame, although those feelings are powerfully experienced. Nor is it about sexual betrayal or risk or rejection, although those are common themes. It is simply the emptiness of profound deprivation, a silent suffering called sexual anorexia.

Sexual anorexia is an obsessive state in which the physical, mental, and emotional task of avoiding sex dominates one's life. Like self-starvation with food or compulsive dieting or hoarding with money, deprivation with sex can make one feel powerful and defended against all hurts. As with any other altered state of consciousness, such as those brought on by chemical use, compulsive gambling or eating, or any other addiction process, the preoccupation with the avoidance of sex can seem to obliterate one's life problems. The obsession can then become a way to cope with all stress and all life difficulties. Yet, as with other addictions and compulsions, the costs are great. In this case, sex becomes a furtive enemy to be continually kept at bay, even at the price of annihilating a part of oneself.

The word anorexia comes from the Greek word orexis,meaning appetite. An-orexis, then, means the denial of appetite. When referring to food appetite, anorexia means the obsessive state of food avoidance that translates into self-starvation. Weight concerns and fear of fat transform into a hatred of food and a hatred of the body because the body demands the nurturance of food. food anorexics perceive bodily cravings for sustenance as a failure of self-discipline. The refusal to eat also becomes a way for food anorexics to reassert power against others, particularly those who may be perceived as trying to control the anorexic, trying in some manner to prevent the anorexic from being his or her "true" self. Ironically, many food anorexics are driven by a powerful need to meet unreal cultural standards about the attractiveness of being thin. A terror of sexual rejection rules their thoughts and behaviors and is a primary force behind this striving for thinness. The irony here is that sexual anorexics share precisely the same terror.

Specialists in sexual medicine have long noted the close parallels between food disorders and sexual disorders. Many professionals have observed how food anorexia and sexual anorexia share common characteristics. In both cases, the sufferers starve themselves in the midst of plenty. Both types of anorexia feature the essential loss of self, the same distortions of thought, and the agonizing struggle for control over the self and others. Both share the same extreme self-hatred and sense of profound alienation. But while the food anorexic is obsessed with the self-denial of physical nourishment, the sexual anorexic focuses his or her anxiety on sex. As a result, the sexual anorexic will typically experience the following (not all, only a couple need be present):

Sexual anorexics can be men as well as women. Their personal histories often include sexual exploitation or some form of severely traumatic sexual rejection-or both. Experiences of childhood sexual abuse are common with sexual anorexics, often accompanied by other forms of childhood abuse and neglect. As a result of these traumas, they may tend to carry dark secrets and maintain seemingly insane loyalties that have never been disclosed. In fact, sexual anorexics are for the most part not conscious of the hidden dynamics driving them. Although obsessed with sexual avoidance, they are nonetheless also prone to sexual binging, occasional periods of extreme sexual promiscuity, or "acting out in much the way that bulimics will binge with compulsive overeating and then purge by self-induced vomiting. Sexual anorexics may also compensate with other extreme behaviors such as chemical or behavioral addictions, codependency, or deprivation behaviors like dieting, hoarding, saving, cleaning, or various phobic responses. The families of sexual anorexics may also present extreme patterns of behavior and thought. Finally, the sexual anorexic is likely to have been deeply influenced by a cultural, social, or religious group that views sex negatively and supports sexual oppression and repression.

Sexual anorexia, therefore, can wear many masks. Consider the sexual trauma victim who takes care of her pain by compulsively overeating. People focus on her obesity, not noticing the hidden anorexic agenda of avoiding being desirable to anyone. Or think of the alcoholic who has never been sexual except when drinking. The prospect of being sexual while sober is so intimidating that a broader "abstinence" is embraced. For most sexual anorexics, however, a complex array of extremes exists. When a person's appetites are excessive we use words like addiction or compulsion. But excesses are often accompanied by extreme deprivations for which we use terms like anorexia or obsession. In fact, these seemingly mutually exclusive states can exist simultaneously within a person and within a family. Consider the case of a sexually addicted alcoholic heterosexual male. The further his drinking and sexual behavior get out of control, the harder and more compulsively his wife works (the more she behaves hyper responsibly), and the more she shuts down sexually (anorexia). These disorders are not occurring in isolation. But the end result is that the problem of sexual anorexia is not likely to get addressed because it lacks the clarity and drama of the drinking, the sexual acting out, and the workaholism.

This book focuses on the suffering of the sexual anorexic. Sexual anorexia is as destructive as the illnesses that often accompany it, and behind which it often hides, such as alcoholism, drug addiction, sexual addiction, and compulsive eating. It resides in emotion so raw that most sufferers would wish to keep it buried forever were it not so painful to live this way. Sexual anorexia feeds on betrayal, violence, and rejection. It gathers strength from a culture that makes sexual satisfaction both an unreachable goal and a nonnegotiable demand. Our media focus almost exclusively on sensational sexual problems such as rape, child abuse, sexual harassment, or extramarital affairs. When people have problems being sexual, we are likely to interpret the difficulty as a need for a new technique or a matter of misinformation. For those who suffer from sexual anorexia, technique and information are not remotely enough. Help comes only through an intentional, planned effort to break the bonds of obsession that keep anorexics stuck.

This book is intended as a guide to support that effort. The early chapters help the reader understand sexual anorexia: how it starts, and how it gathers such strength. The last twelve chapters present a clinically tested and proven plan for achieving a healthy sexuality. This program has worked for many, many people. It is safe. It is practical. It works if the sufferer follows the guidelines and has the appropriate outside support. It will not be easy because the obsession was created in the first place by intimate violations and shattered trust. Yet step by step, healing can be effected so that the sufferer can learn to trust the self as well as others.

The plan is designed to involve a network of external support made up of partners, therapists, close friends, clergy, and so on. The book will explain the importance of having these "fair witnesses" along on the journey to health and freedom. Breaking the isolation is essential to dismantling the dysfunctional beliefs and loyalties that keep people in pain.

I think I qualify. I quit having sex and basically took myself off the dating market all of eleven years ago after a traumatic assault. I don't even know at this point how to begin again. I'm still attractive but purposely keep a bit of weight on to stave off attention which I find stressful and which I command a lot of when I'm slimmer. I don't know what to do, but thanks for this article. At least, I know I'm not alone.

Get out of here. i was diagnosed as a sex addict after my arrest on 2 misdemeanor and a felony sex charge. I have had private sex therapy and been in a sex addiction recovery group for 4 years. I have several sex issues,anorexia is one of them. I take issue with your description of being consumed with avoiding sex. That's not sexual anorexia, that's something else, maybe sexual repression. The sexual anorexic is more unable, for diverse reasons, to practice a healthy, active sex life than unwilling.

If any one has found any worksheets or practical help for this issue(whatever your clarification of its manifestation) I would really like to know because it is extremely confusing for both myself and my husband. No god botherers thanks:)

Charmer/ Abusers and their 'Prey' Children Can be Damaged by Narcissistic Parents Inability to Apologize How Abusers Break You Down Men As Victims of Domestic Violence Traits of a Psychopath ONE MOM'S BATTLE If They Might Be A Narcissist? Emotional & Physical Responses to Abuse Programming: Understanding, Recognizing & Nullifyi...