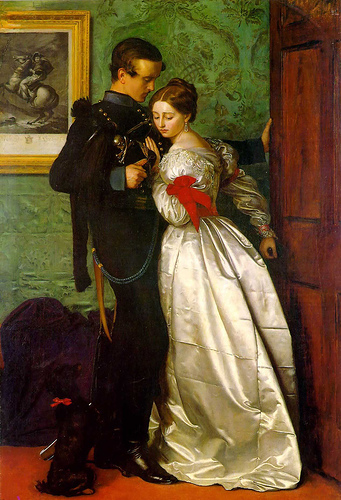 One thing people who haven't known a narcissist for a very long time and intimately don't realize is that narcissists give new meaning to the term "one-track mind." They are always on.

They may keep a lid on it with their boss and/or other people they don't dare treat as they would like, but the proof lies in how they treat the people they can play games with.

They are in game-playing mode 100% of the time. Everything, every interaction with them is viewed and treated by them as some sort of worthiness competition.


The childishness is something one must see to believe, and even then it's unbelievable. I went for decades before I finally had to admit that the narcissists I knew were so petty and childish that their game got all the way down to such silly things as having to have YOU call THEM, no matter what, just to support their delusions that YOU were the "needy" one. Yes (projection), YOU were the one who needed an ear to talk off. They were dying to talk at you about themselves, but it would have killed them to come down off that pedestal and pick up the phone. So, when you finally did call for some reason, you hardly had "hello" out of you your mouth before you were done talking and just listening for the next three hours.

But that's just one example. I could name hundreds of these childish games they play with virtually any everyday human interaction.

They are God, so they can't dispretend that by owing you anything. That would be a come-down from their grandiosity. Nor can they be in the wrong in any matter with you. They are perfect, and you are relative dirt. And EVERY SINGLE THING THAT HAPPENS MUST PROOVE THAT.

If you choose to live with a narcissist, you are choosing to tolerate having everything that happens twisted so it seems to proove that.

God can't apologize, because God can't do anything wrong. God can't thank you for anything, because no mere piss ant can do the great God a favor. Ask to so much as borrow a pen and the narcissist will find some way to play the interaction as a schtick for their own self-aggrandizement. Which usually means some sort of put-down for you = the Teeter Totter Game.

It's amazing that they don't at least get bored with this stupid game!

But they don't. And this is why they do stupid things.


They are always preoccupied with the Game and not considering the matter at hand, let alone the possible future consequences.

They really shouldn't be given the the rights and priviledges of an adult I sometimes think, because I strongly doubt that they mentally qualify as one. Like kids, they are lost in their own little world and don't think past lunch.

This is strange, but true. Truth is always stranger than fiction with these folks.

Put any title you want on these people, psychopath, narcissist, sociopath etc, but it's all the same.

Jude 1:12 "These men are blemishes at your love feasts, eating with you without the slightest qualm--shepherds WHO FEED ONLY THEMSELVES. They are clouds without rain, blown along by the wind; autumn trees, without fruit and uprooted--TWICE DEAD."

2 Pet 2:1 "Bold and arrogant, these men are not afraid to slander celestial beings; 11yet even angels, although they are stronger and more powerful, do not bring slanderous accusations against such beings in the presence of the Lord. 12But these men blaspheme in matters they do not understand. They are like brute beasts, CREATURES OF INSTINCT, born only to be caught and destroyed, and like beasts they too will perish."

Jude 1:16 "These men are grumblers and faultfinders; they follow their own evil desires; they boast about themselves and flatter others for their own advantage.

In the different checklists (Cleckley, Hare) they say that a person doesn't need to fit into each one in order to be a psychopath. But when you check the list in 2 Tim 3:1-5 THESE PEOPLE WILL MEET EACH ONE. This includes all the different versions of the bible found on biblos. If you don't see it, just stick around and keep your eyes open. EACH ONE, WITHOUT EXCEPTION.

In his book "Living with the Passive-Aggressive Man" Scott Wetzler points out that he (the passive aggressive) will ALWAYS BE AGAINST SOMEONE. This too is always true. They have to be against someone or something. If you are their significant other, it is you.

Another perfect checklist is found in Martha Stout's book "The Sociopath Next Door". 1)Woe is me (the pity play) 2)Keep my secrets 3)We're the same 4)You owe me. ALL always present in all these people. (They could have raped you, stolen all your money and credit cards, burned your house down and ate your children and they TRULY BELIEVE THAT YOU OWE THEM! THAT THEY DID YOU A FAVOR!)

This is not going away or getting better. Denying that these people are real does not make it true, and one of the worst things about believing that they aren't real and numerous is that the victim can never be helped.

The book "Women Who Love Psychopaths" by Sandra L. Brown is yet another great resource. If you go to Amazon and read the reviews alone, you may get a glimpse into the unique hell that those of us who believed the Snuggle Theory. ("Snuggle harder and all will be well" theory.)

One last feature that is ALWAYS present, everything they say is actually an ACCUSATION. This includes everything from "good morning!" to "I love you". They truly belong to their father the devil (John 8:44).

Very true. My N mother thinks every little thing is a competition, she never apologizes for anything she does (and she does a LOT worth apologizing for), she and my father are the king and queen of their kingdom (now of two, since I won't talk to them anymore). They acted like they deserved to be rewarded (have preferential treatment) for just being parents, like somehow I owed them, what was mine would end up mom's, etc..all justified by her feelings of "earning it". It's all about what THEY want, how THEY are treated (they turned everything against me when I used to try to deflect their need to blame me for their problems). It's an ever-losing battle to try to relate with people who feel so blatantly superior that nothing I had to say mattered. They live in their own fantasy world. I live in the real world and enough was enough. It is peaceful not to be treated like total pond scum anymore.

Well this explains the short-sightedness and failure to take responsibility for the future and also the dumb talk and behaviors. I too have wondered why they do not get bored; because they are unable to focus on anything but themselves.

Manipulative People PTSD NO HELP to Victim of Domestic Violence from Pastor... The Lying Game Carrying A Torch... Getting Law Enforcement Authorities & the Police I... Why Women Stay Steps to Change for Abusive Persons Unhappy Relationships May Harm Women's Hearts What PTSD Sufferers Need Others to Know