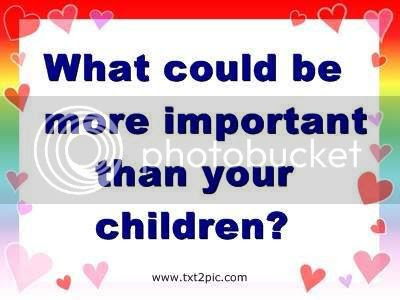 Whether it is because most parents can devise a workable child care arrangement or because of the absence of one parent, the majority of separating families, approximately 80% (Johnston, 1994), do not become embroiled in legal battles over the children. The remainder, however, approach the justice system looking for some form of conflict resolution such as mediation, arbitration, assessment, or a custody trial. Many enter the process with a lawyer to represent them, however, increasingly they are unrepresented [due to cutbacks in legal aid]. For this subgroup of highly conflicted families characterized by ongoing acrimony, litigation and conflict over the custody and visitation arrangements for the children; a history of domestic violence is probable. It is the children in these high conflict/violent families who stand to lose the most with simplistic solutions derived from an idealistic belief that it is always beneficial to children to have equal contact with both parents post-separation. As battered women know, battering men frequently do not end their domination over their families once separation has occurred. The abusers may use threats to seek custody as a means of perpetuating control over their former partner. Lengthy and costly litigation, fear of abduction, harassment, intimidation and violence during transfers are all genuine issues of concern. Although difficult to believe, a surprising number of battered women even face the real possibility of losing custody to their abuser. Recent research suggests that batterers are twice as likely to apply for custody and equally likely to convince the court of the merits of their custody application as non-violent fathers (Bowermaster & Johnson, 1998; Zorza, 1995).

In determining the best interests of the children from high conflict families, the courts may turn to custody and access assessors. An assessor can be a social worker, psychologist or psychiatrist. Currently, there are no licensing or specific training requirements for assessors in Canada. Most assessors are members of a professional governing body, such as the College of Psychologists, but that may not always be the case. Guidelines exist, which include minimal standards of ethical practice, such as the Ethical Guidelines for Psychological Practice Related to Child Custody and Access by the Ontario Psychological Association. Regardless of the assessor's field, every assessment should meet a minimal standard of acceptable ethical practices.

An assessment can be court ordered or completed by consent of the parties and their legal counsel. The cost of an assessment can range from $1500 to over $5000. These costs may be covered by Legal Aid or by the parents themselves. The process of an assessment typically involves three to five interviews for each of the parties, observation of the child/parent interaction, contacting collateral sources of information such as doctors, therapists and teachers and reviewing affidavit material. Psychological testing may also be a component of the assessment if the assessor is suitably qualified to administer such instruments. At the end of the process, the assessor prepares a report, which typically includes detailed recommendations regarding custody and access, and this report is submitted to court.

A custody and access assessment report can be a very significant piece of evidence considered by the judge. Therefore, choosing an appropriate assessor is crucial. Assessors, like many other professionals, may erroneously subscribe to romanticized notions of "shared parenting" in cases with a history of domestic violence. Prior to an assessor being appointed to your case, explore his/her qualifications, know whether or not he/she has had domestic violence training, and gain a sense of any trends or biases in his/her recommendations. A thorough assessment by a well-qualified, appropriately trained assessor, can be invaluable evidence in custody cases involving domestic violence.

Once an assessor is chosen, be prepared to detail your history of abuse, your views of how the children have been affected by witnessing the abuse and any supporting documentation or collateral sources which may lend credence to the history of abuse. Domestic violence is, by its nature, a private experience. In many cases involving domestic violence, there is typically scant evidence of the abuse. These factors contribute to a battered woman's inability to corroborate her victimization from the moment a child custody dispute begins. Be as prepared as possible to highlight any evidence of your victimization.

In Canada, the federal Divorce Act is silent on the issue of domestic violence and most provincial statutes do not identify domestic violence as an issue to be considered in the deter-mination of custody and access. However, judicial precedence increasingly recognizes the negative impact of exposure to violence on children (Bala et al., 1998). In the United States, the National Council of Juvenile and Family Court Judges (1994) has developed a Model Code on domestic violence in the child custody area that clearly delineates several important principles. First, there is the rebuttable presumption that it is detrimental to the child to be placed with the perpetrator of family violence in sole custody, joint legal custody, or joint physical custody. Second, visitation orders for the batterers can be tempered with conditions such as supervised transfers, supervised access, and treatment orders. And lastly, that there is a presumption against mediation in cases with domestic violence.

Despite the existence of judicial precedence and the Model Code, most domestic violence advocates would probably describe a significant gap between theory and practice when it comes to recognizing domestic violence as a germane factor in custody determinations, and affording due consideration to maternal and child safety (Jaffe and Geffner, 1998). An increasingly powerful backlash, in the form of "parental alienation syndrome," has provided battering fathers with the theoretical explanation for why their children may not want to visit with them post-separation. Victimized mothers can be typecast by this unsubstantiated theory and many judges, lawyers and assessors are uncritically embracing this concept. Anticipate the use of such tactics, be prepared to defend yourself against them, and become as knowledgeable as possible prior to the commencement of an assessment. Many battered women before you have been ill prepared for their experiences during a custody battle and alarmed by the ultimate outcome of the custody dispute. Preparation is key.

Ms. Poisson, M.Ed., is currently in the process of completing her Doctorate in Education in Applied Psychology from the University of Toronto. She has been employed as Clinical/Research Services Co-ordinator at the London Family Court Clinic since 1995. Ms. Poisson is qualified as an expert witness in Ontario and New Brunswick in the areas of custody and access and the impact of childhood physical and sexual abuse on adult survivors.

Manipulative Relationships: Are You In One? The Health Effects of Domestic Violence IS MY SPOUSE (or PARTNER) A SEX ADDICT? Psychopath: Desire Driven, Untamed Nature 6 Stages of Leaving an Abusive Relationship When Someone Judges You or Says Things About You Emotional Abuse or Am I Going Crazy? When the "Crime" Doesn't Fit the Punishment The "Need to Know" FAMILY COURT REFORM