A Nurturing Soul Does Not Compute with a Sociopath 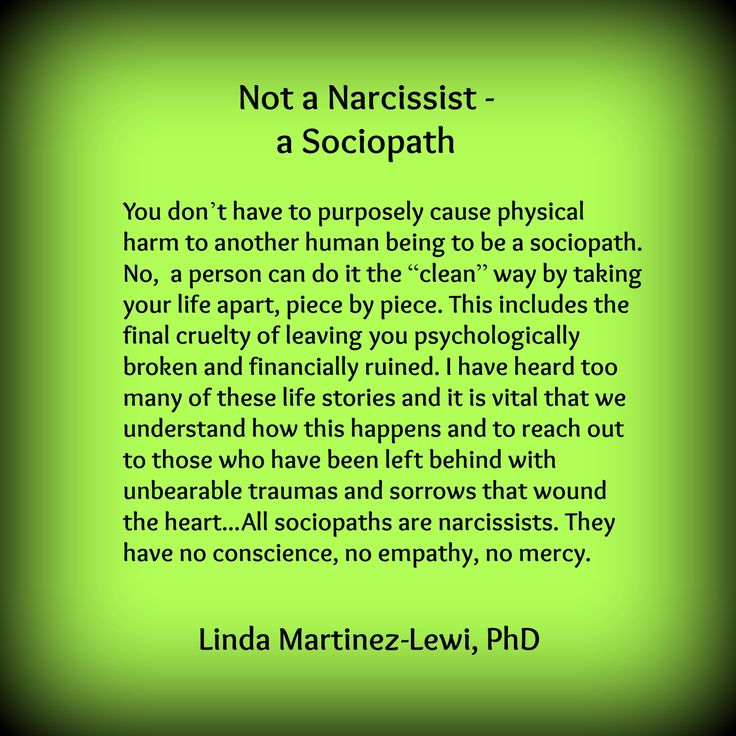 Many are often shocked to find an otherwise healthy and strong woman in an abusive situation and wonder why and how this happens.

This women is a nurturer. She has nurtured her own soul, conquered herself to find joy in the world.

She meets a man who seems to be so close to winning. He’s almost conquered himself. She finds great pleasure and joy in watching and taking part in the nurturing of other’s souls. She sees how beautiful he is. She wants him to win his inner battles. She wants to be a part of this great battle.

She sees his behavior change from kind and loving, to mean and cruel, and believes she is watching an inner battle of self being waged. She wants him to win the good fight. She sees the worth of his soul, and feels the battle is worth the wages.

This loving, nurturing woman joins the man in his own personal battle as a loving friend and wife.

But she doesn’t understand his swift mood changes from kind to cruel, are not representative of an internal battle over self, but merely manipulative behaviors, designed to gain power over others.

He is not battling over self control, but dominating the souls and hearts of others.

In the end, she finds herself in a painful powerless position having lost herself serving him, loving him, sacrificing for him, in the illusion he will be moved by her love to win.

But their is no battle within him. His heart is not moved. There is no battle to be won. She will lose everything in a quest that never was.

And the devil will rejoice in the crumbling of another soul, that was once previously strong.

Her whole life, her great quest to save her husband, is nothing but a lie.

OY! Doesn't this article make you want to shout with horror and then gratefulness that someone else SEES and UNDERSTANDS the truth about these people and the absolute devastation that they cause?

"But she doesn’t understand his swift mood changes from kind to cruel, are NOT representative of an INTERNAL BATTLE OVER SELF, but merely manipulative behaviors, designed to gain power over others. He is not battling over self control, but dominating the souls and hearts of others."

We are NEVER given this as an OPTION when seeking help to understand what the hell has happened. Instead you'll hear trite crap like "We're all the same" or "Just give MORE, be MORE understanding." Oh the RAPE that is done to us!

Guess what? We should actually do LESS. You never hear this but this is actually the key. Less mindless serving, less spending time trying to understand evil and MORE time training ourselves to observe the traits of people who have the brain functioning of a psychopath and more time protecting ourselves from them.

Ever watched a zombie movie? Once you realize that you CANNOT try to understand them and that if you let them get ahold of you, you will be destroyed. Now, THIS is a more apt description of what will happen to you in the clutches of a psychopath.

Never mind. Just go back to pretending we are all the same and keep working to fix the devil. Don't worry, you're not wasting your time, and I'm sure if you just try harder, he'll finally listen. Come on people! Wake up!

This is very familiar to my experience. I have come to see that my former husband is a "cerebral narcissist." A narcissist, by definition, is not about conquering self; the very idea in and of itself means nothing to them, is laughable to them. For a variety of 'nature and nuture' reasons, they are hollow inside, there is no moral core or compass, they are stunted at adolescence, and they learn acceptable behaviors only by imitating others. They are excellent manipulators and actors. They cannot empathize with others, in fact they have not even developed a sense of "the other," yet alone see a need to identify with them. My former husband nearly destroyed me, just as the initial post said, and more importantnly is still trying to destoy my child. There is an evil to this, as narcissists are seemingly soul-denying people who utterly ravage anyone who does not meet their narcissistic hunger for adulation and perfection; a need that of course is insatiable. Oceans of prayer continue to be key to keeping these people at bay once you are in contact with them. You cannot have a relationship with them. They are incapable and delusional. Even court ordered therapy or court orders do not work because they think they are above laws or any authority at all. I continue to pray for all those who are abused and all those who are abusing. Thank you for your site. Pax.

I too feel your pain. My boyfriend lives a chaotic and reckless life. I had fun with him and enjoyed it very much until our son was born. Now that there is something to lose, i have tightened my loose ends and tried to set guidelines for our home . No late night company on week nights. Now he goes against every one of my wishes.he pushes buttons and it goes unseen so i turn into he crazy one and then he cries poor me to his friends. Its a ever ending cycle

A year later, I am free from the relationship that robbed me of time, energy and love...

The same woman who was invested in "making it work" has seen the futility of it, and it now working on nurturing her own self.

That, would be me.

We can use our gifts for ourselves; gaining knowledge on how to treasure and protect "the gifts" we have, instead of giving them to people who have not earned that trust...

That is a lesson I am learning...

At the beginning of a relationship with a narcissist, I was having dreams of finding his dead body, over and over. Since I left him, I dreamt about his funeral and saw his corpse. I interpreted both dreams as my soul trying to tell me, "he's dead inside!"

The Contradictory Nature of Narcissists Abusers Deny or Minimize the Abuse Unresolved Trauma What is "Abused Woman's Syndrome?" Dealing with an Affair "PARENTING" WITH A NARCISSIST, SOCIOPATH or ABUSER Relapses & Slips We Mistakenly Believe... An Open Letter to Christian Pastors & Clergy Narcissistic or Borderline Controllers