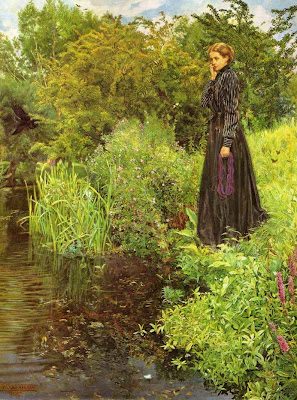 I think that often, when a victim says he or she "forgives" someone, they are just pretending that they aren't powerless to make the offender stop it or to get back what he stole.

The reason I say this is because it's fashionable to forgive all sorts of unforgiveable things, and you hear people doing it every day.

You even hear people claiming to have forgiven a criminal while at the same time testifying against him in a hearing for imposing the death penalty.

How much farce can we take!

The word forgiveness has been totally bastardized by preachers and holier-than-thous. The nearest I can figure, they have all but corrupted it into meaning some kind warm, fuzzy feeling you claim to have toward someone you may nonetheless want to be executed for what he did.
Forgiveness. I know it's three syllables, but is it really that tough a word?

I'm in line with theologians on this (because they tend to think instead of just preach whatever sells). They will be the first to tell you that you cannot forgive an offense in progress, for example. It's bogus.

If you live with an abusive narcissist, you cannot forgive him or her. Why? Because they deny what they do to you, let alone that it is wrong. They show no remorse. The don't promise to stop. In fact they make a virtue of doing it and show that they fully intend to keep right on. That is an offense in progress. You cannot forgive it.

All you can do is lie by pretending to forgive it. You're just powerless to do anything to stop it and are deluding yourself to remain in denial of that fact. This is a little mental game you play with yourself to feel you have some control over the situation.

Again, for example, if someone has stolen from you and squandered the money, you may be able to forgive without restitution. But if he has the money in the bank, you cannot forgive him until he gives it back. Because that ain't forgiveness: it's extortion. You're just powerless to do anything to stop it and are deluding yourself to remain in denial of that fact.

It's the same if he stole something even more valuable, like your good name. It must be restored before you can legitimately forgive. The truth is often painful. But not as painful as fleeing into denial of it. For, it is true: having the courage to know the truth is key, because the truth will set you free.

Ever notice that it's not written in the Bible that Judas was forgiven?

Hebrews 9:28 "so Christ was sacrificed once to take away the sins of MANY people....," Matthew 26:28 "This is my blood of the covenant, which is poured out for MANY for the forgiveness of sins."

MANY but not all. All people will not be forgiven or go to heaven. The brethren are forgiven; this is who Jesus died for. Does this mean we don't forgive the unsaved? No, of course not, as this can be a way to show them the heart of Jesus, but it is a gift not their "due right" as so many try to say.

And forgiveness is not denying the transgression, when you read where Joseph forgave his brothers, it was only AFTER verbally reiterating the sins they had committed against him. And, when Jesus forgives, he says sin no more, not that he forgives us so we can go out and continue to do what we want to. We've become a society that insists that we MUST forgive but has no desire to change their behavior. And these same perpetrators do not take any responsibility for their actions but instead blame others and oftentimes their victims.

Psychopathy is simply a term that explains what these people are and we are blessed to live in a time when we can see on an mri if one is capable of learning from their behavior or gaining any insight into themselves or others. Psychopaths are not capable of doing these things. They don't regret the things that they do as they believe that they are God and/or that the rules that apply to others don't apply to them. This is SIMPLY the way that their mind works. They can never come to an understanding of their guilt or sin. Why can't we just accept that some people are like this and it's not our fault and we don't have to try and fix them? But we CAN learn what they are and protect ourselves from them.

Just think of the satan, even though he will be bound for a thousand years, he will come out fighting. There will be no remorse or regret or repentance. He will learn nothing from being bound as he thinks he HAS A RIGHT to do what he wants and that it's his RIGHT to be worshiped. This is how he is and how all psychopaths are. John 8:44.

I could NOT agree with this sentiment more. It seems like at done point the concept of actual forgiveness was bastardized into some sort of feel good quick fix. I tend to shock people when I admit, openly and honestly, that I don't forgive people who have done terrible things to me. Instead I've worked very hard to understand why these things happened. What cues did I miss? Did I ignore my intuition? Where they abused prior to abusing me? I felt like once I really fully understood the ingredient that came together to create the horrible situations I've lived through I was finally able to let it go. Understanding what caused these people who harmed me to chose to harm and why was far, far more helpful than forcing myself to try and forgive people who wronged me in awful ways just do I could be seen as a "forgiving person." I'm not and that's okay.

I agree. No more time spent on him forgiving, hating, etc. He aint worth it.

This need to forgive held me back in my recovery until I realised I did not have to. Some things really are unforgivable. I don't care why he did it either. My only concern is my own well being. I do understand why I was a victim. It won't happen again.

The Art of Saying "NO" Why Abusers Choose the Victims They Choose Vulnerability and Other Prey of Pathologicals Inside the Mind of an Abuser Manipulation How Friends & Family Can Help an Abuse Victim A Crazy Roller Coaster Ride: Life with a Psychopat... Abuse Victims Engage in Dangerous "Magical Thinking" How a Psychopath Conditions His Victims Narcissists & Conflict