IS MY SPOUSE (or PARTNER) A SEX ADDICT? 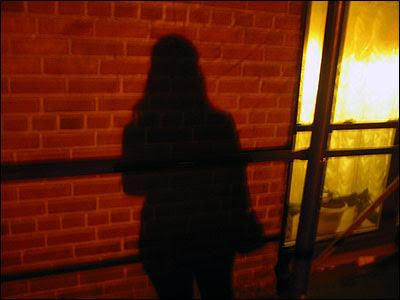 I can't tell if he's a SA or has a Cluster B personality disorder. Maybe he's both - I'm sure that's possible. All I know is that I felt like a prostitute when I was with him. He was there in body but not in mind. The loneliest experience I have ever had. 2 months NC. If I saw him again I'd vomit on the spot.

Wow...I said yes to almost all of them about my spouse. I felt completely like a fix for him and so dirty. He would come at me often when I was trying to sleep and push his private parts in my face. He would even try to use scripture to say my body was his. I finally got strong enough to say never touch me again. I am still married but he has not touched me in over three years. I know he is getting his fix somewhere. I hope it is not a child in my home. Can you do another article on this? This site is helping so many people. Thank you.

I know now the bastard I was with for so many years, has been using prostitutes; street whores, escorts, pink salons, anything and everything that has to do with "paid for" sex.

I found out about his exploits, online.
He went on various "sex" forums, where pathetic bottom feeders brag and exchange "mongering" information.

It was disgusting. He spoke of these women as if machines, and then gave advice on how to get best results- "Give them respect!". He also call them endearing names, the same ones he he used for me... As if we were one in the same.

I know now, to him, we are ALL the same- tools to be bought, rented, or bagged, for his service.

He used to keep his eyes closed, when we had sex. I thought it odd, then, and now, I just cringe.

He acted very straight -laced, and made a point of expressing how important "fidelity" was to him, as his previous wife left him for another man...

After a time, he seemed to push me away, sexually, attempting to make me feel "undesirable", after years of a very active and satisfying sex life.

But he kept up calls, texts, and all other relationship "appearances".

We did not live together, which is probably the only reason it lasted, as long as it did, time away to regroup...

He would take me on trips, and then ignore me, build me up for romance, to let me down, and offer no explanation, he wouldn't talk about it...

I split from him last summer, to take a well needed rest... His extreme belligerence was wearing me down.

I hadn't yet found out what he had really been up to...

I found out about all his extra activity by accident, while searching for him online, as he answered neither phone nor email...

All his "sex" stories were easily found, listed in his REAL NAME.

I sent him an email to let him know I knew who he was.

That was this past Feb.

I recently had myself tested for HIV, because after the shock of his actions had sufficiently wore off, the panic of the danger he may have exposed me too prompted me to get an HIV test.

The news of a neg result was the final validation I needed, to render this bastard null and void.

I have not evolved to the point of pity.

I rue the day I met the conniving fraud.

Psychopath: Desire Driven, Untamed Nature 6 Stages of Leaving an Abusive Relationship When Someone Judges You or Says Things About You Emotional Abuse or Am I Going Crazy? When the "Crime" Doesn't Fit the Punishment The "Need to Know" FAMILY COURT REFORM Hate the Abuser, Not the Abused! Dealing With Your Abuser During the Divorce Abusive Relationships & Toxic Guilt