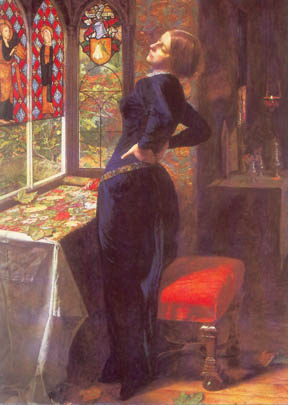 MYTH: Domestic violence does not affect many Americans.FACT: A woman is beaten every 15 seconds in the United States. Additionally, 63% of young men between the ages of 11 and 20 are serving time for homicide for killing their mother's abuser.

MYTH: Battering is only a momentary loss of temper. FACT: Battering is the use of violence and other forms of abuse to establish control and power in a relationship. One in five female victims reports having been battered over and over again by the same person.

MYTH: Stress causes battering.
FACT: Obviously some batterers experience stress, but stress does not cause abuse. Many men under severe stress do not batter. Even if the practitioner helps the batterer reduce his stress, the violence will continue or eventually resume because the batterer still feels entitled to assault his partner.

MYTH: Drugs and alcohol cause the violence.FACT: Addictions are used as excuses to free the batterer from responsibility for the behavior. This theory does not explain why the batterer uses violence, why he targets a woman for abuse, nor why he batters when sober. The addictive batterer must be treated for two separate problems--his addiction and his violence. He will not necessarily stop battering if he gains control over his addiction.

MYTH: Battered women provoke the violence.
FACT: Any woman can find herself battered. The victim is not at fault but rather the batterer, the partner who has committed a crime. No one can be responsible for another person's deliberate choices and actions. Domestic violence victims, however, frequently hear comments from their abusers like, "I did it for your own good," or from outsiders, "you must have really made him mad." These statements can confuse a woman and lead her to take responsibility for the violence or blame herself. No matter what, domestic violence is not the victim's fault.

MYTH: Only women are victims of domestic violence.
FACT: Approximately 95% of those battered are women; however, in a small number of cases, women are the batterers and their male partners, the victims.

MYTH: The problem is couples assaulting each other.
FACT: Again, nearly ninety-five percent of victims are women. Although some women are violent to their partners--often even in self-defense-- it is impossible to understand battering by counting up the number of times one person hits another. Domestic violence is a pattern of abuse in the attempt to increase power and control.

MYTH: Domestic violence occurs only in poor urban areas.FACT: Women of all cultures, races, occupations, incomes, and ages are battered by husbands, lovers, boyfriends, and partners. One in four pregnant women has a history of partner abuse.

MYTH: Domestic violence is a push, a slap, or a punch and does not produce serious injuries.FACT: Battered women are often severely injured and even murdered. Between 22% and 35% of women who visit emergency rooms are there for injuries related to ongoing partner abuse.

MYTH: It is easy for a battered woman to leave her abuser.FACT: Women who leave their abuser are at 75% greater risk of being killed by the abuser than those who stay. Nationally, 50% of homeless women and children are on the street because of violence in their home.

MYTH: After a woman leaves an abusive partner, the abuse stops.FACT: Separated women are three times more likely than divorced women, and 25 times more likely than married women living with their husbands, to be victimized by a batterer. Batterers frequently take advantage of court-ordered visitation to inflict harm on their former partners and their children.

MYTH: Batterers who seek custody do so out of love for their children and a desire to be good parents.
FACT: Custody litigation frequently becomes a vehicle whereby batterers attempt to extend or maintain their control and authority over the abused parent after separation. Fathers who battered the mother are twice as likely to seek sole physical custody for their children than are non-violent fathers.

"FACT: Additionally, 63% of young men between the ages of 11 and 20 are serving time for homicide for killing their mother's abuser."

Is that really true? That would mean 63% of all men over 20 have committed homicide. Once a man has reached 21 the homicide conviction doesn't disappear! That would mean every man you meet, the odds are he is a murderer!?

I really need to see some of the authorities you rely on for your "facts." For example, after having poured over cases, you are right about third party allegations. However, further research shows the allegations were at the urgings of the mother.