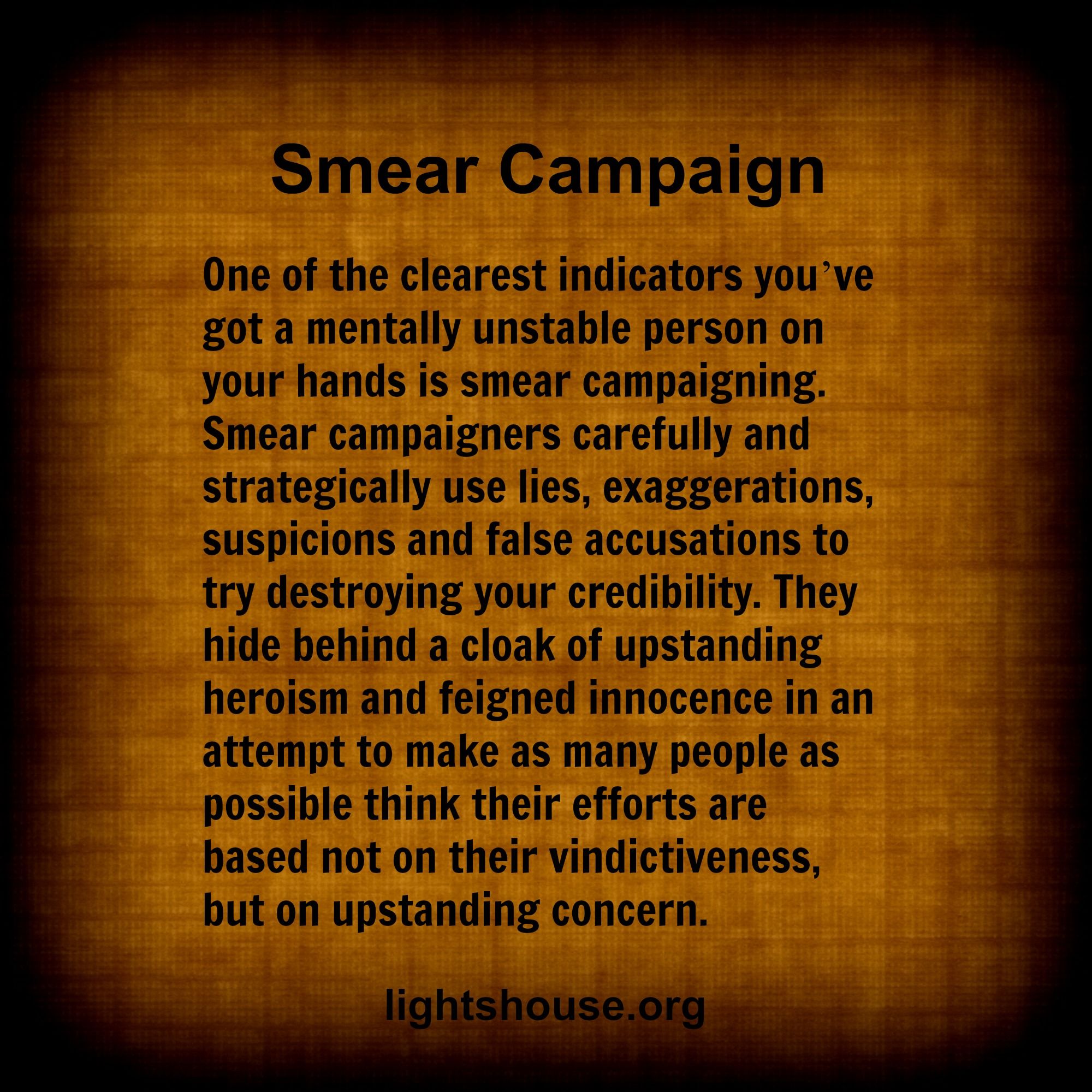 A summary of important points to remember about smear campaigns:

Thanks for the information.

This 5 part series has been so, so, so helpful. It validates my experience with a narcissistic mother - what a nightmare. But I have survived and found my way to an authentic life, albeit "late in the game." But better late than never, right ? I did end up going No Contact with most of my family members, but the ones who remain in my circle are wonderful.

I especially find this helpful for a more recent experience with a co-worker. Hindsight tells me she wanted my job as she thought it would get her a promotion. That did not happen, but for several months so much nastiness went on behind my back and, as she grew bolder, even to my face. I did try to help her get a promotion the honest way - by actually doing good work - but of course she would have no part of that. So, at my request I went to another work group taking my area of expertise with me and I am much happier. Now whenever she turns up again like a bad penny, I know who and what she is.

Thank you for this informative and practical site for learning and strategizing to become and stay safe. Validation with clear, simple information is a life line for me.

I was just the victim of this at work, unfortunately the psychopath was my manager and i ended up being fired for trying to ferret her out as the villain she is. I feel so sorry for anyone else who has had to live through a relationship with a sociopath..i am still reeling at what this woman did to ruin my reputation with lies. Thanks for posting this series, its really helping me come to terms with what happened.

When women scapegoat each other, there's usually more going on than meets the eye. Men play us against each other, and walk away with the prize. This is what my ex did, dug into each one of my family, to find out what they thought of me, unknown to me, and played them to get what he wanted, control of me and our kids.Thirty years later, my daughter is going through what I went through thirty years ago, and I can't help her, because she only knows what ex and family shared, behind my back, ridicule without cause, for things I did that I couldn't explain at the time. Men are allowed to gloat, if they did something great. Women have to pretend that they did noting at all. Family who criticized me to my children are their heroes. I'm was just someone they'e ashamed to call mom.