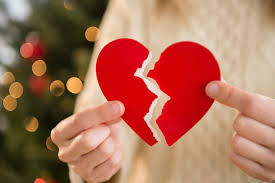 An unhappy marriage can break a woman's heart, figuratively and literally. New research suggests that married women who are dissatisfied with their relationships face a higher risk for heart disease.

In a study of nearly 500 middle-aged women, researchers at the University of Pittsburgh in Pennsylvania found that marital ''distress'' was linked to a higher risk for heart problems, independent of other threats to heart health such as smoking, high cholesterol and high blood pressure. Moreover, women's marital woes appeared to be unique from overall stress, depression and other psychological factors in their effects on the heart.

Lead researcher Wendy Troxel presented the findings last week in Monterey, California, at the annual meeting of the American Psychosomatic Society. Previous research has suggested that for men, marriage generally confers heart benefits. The health effects of marriage on women has been less clear, according to co-author Dr. Linda Gallo, who is now at Kent State University in Ohio. This study, which followed the women over about 11 years, was an attempt to gauge how marital satisfaction affects heart health as women go through menopause, Gallo explained in an interview.

She and her colleagues found that women who reported marital dissatisfaction were more likely than satisfied women to have significant plaque build-up in the main artery of the heart. They were also more likely to have blockages in the carotid arteries in the neck, a known risk factor for stroke. Of course, all marriages have their ups and downs, and this study did not look at the normal stresses that come up from time to time, according to Gallo.

Instead, she said, it looked at women's overall happiness with their husbands--their communication, amount of time spent together, sex lives and a range of factors. Unhappiness in a marriage may harm the heart by inflicting ''wear and tear'' on the body, according to Gallo. Like stress in general, marital dissatisfaction may lead to habitual elevations in heart rate, blood pressure and stress hormones. But, she noted, marital problems are likely one part the equation--triggering behaviors that take a toll on health, including sleeplessness and changes in eating and exercise.

"It's my guess that marital dissatisfaction might put women on a trajectory to poorer health," she said.

Im looking for a group I can talk candidly in. Not necessarily a place to gripe. But a place I can hear from other unhappily married women and brainstorm as to what to do. Children, and if your work is in your home can complicate things not to mention fear of whats next. I don't even know if this is the right place to put my message I googled it and Here I am.