Coping with Sexual Anorexia and Aversion 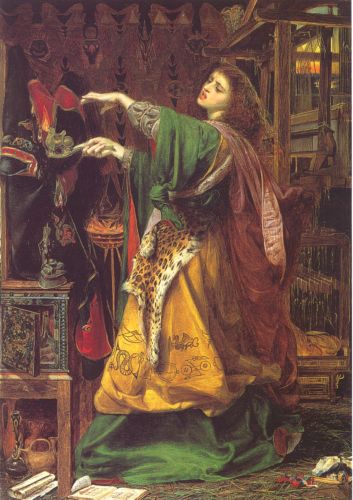 Coping with Sexual Anorexia and Aversion

Note: Given the brevity of the article, it is not possible to cover all the facets of this disorder. Anyone suspecting he or she has this condition is strongly encouraged to speak with a professional counselor.

A review of the long-term effects of childhood sexual abuse (CSA) is sobering. Research has identified numerous detrimental effects:
The apparent common denominator in these conditions is the profound injury done to one’s ability to trust and attach to another human being.

While it is generally recognized that abused males have a more difficult recovery from CSA, I find there are two conditions that are more prevalent among female survivors. These conditions are sexual anorexia and sexual aversion disorder.

Sexual Anorexia
You may be more familiar with the type of anorexia that occurs when a person, usually a young woman, obsesses over how to avoid food. Over time, this condition can lead to numerous health concerns – and can even be fatal, as shown by the 1983 death of singer Karen Carpenter. This condition has a parallel known as sexual anorexia.

Sexual anorexia occurs when a person – again, most often a woman – fails to possess a healthy, sexual desire. This person will most likely be unaware of the hidden drivers that compel her behaviors. These victims can be in otherwise loving marriages, but have no interest in expressing any type of sexuality. They will often fail to initiate sexual contact, but usually report that once sex is underway, they are able to enjoy the exchange.

An individual who suffers from a more active form of Sexual Aversion Disorder, finds sex to be repulsive, without exception. According to the DSM IV, “The essential feature of Sexual Aversion Disorder is the aversion to and active avoidance of genital sexual contact with a sexual partner.”1 Some individuals’ aversion extends to all sexual behaviors, including kissing and touching. A person’s reaction “may range from moderate anxiety to and lack of pleasure to extreme psychological distress.”2

This disorder can injure the patient’s spouse at a deep level. The passive indifference of sexual anorexia is one thing, but the active repulsion of sexual aversion is quite another. The spouse may begin to wonder if maybe he/she is sickening to their spouse, rather than just the act of sex.


Closing Thoughts
It’s important to note that not every survivor of CSA will suffer sexual dysfunction, and not everyone who suffers anorexia or aversion has been sexually abused. Nevertheless, these conditions strongly correlate with CSA and can continue to injure the survivor as well as his or her spouse or future mate.

The husbands or wives of these individuals will need to be patient and understanding. In most cases when this kind of problem affects a couple’s marriage, there was a time when the conflicted spouse was forced into unhealthy sexual experiences as a child, or even as an adult in an abusive relationship. The marriage can be a safe place where old wounds are healed as husband and wife yield themselves to each other in the safety of their marital commitment.

Although this is only a brief overview of these conditions, if this seems to fit you or someone you love, it is worth talking to a professional. Any unresolved trauma has the potential to lead to further injury or addictions. There is hope for recovery. This healing starts when a person suffering anorexia or aversion takes “ownership” of this condition. He or she will acknowledge that this condition can only further injure the marriage – and both spouses - if left untreated. Seeking whatever resources are needed is part of this healthy ownership of the problem. Compassion for each other and respect for the marriage can motivate both spouses to do whatever it takes to restore the pleasure and joy of marital sexuality.

This is an interesting article. I like it how you, without blaming either partner for the lack of seks in sexual anorexia/aversion, address both partners' issues and the way this condition affects the marriage. Clearly it is not that the sexually averse person wants to abuse their partner.

Couldn’t Be! Do "Alleged" Abusers Deserve the Ben... Are Narcissists Typically Hung Up on "Bad" and "Go... Dealing With Control Freaks When They "Lie on the Fly" Parental Alienation Abuser Breakdown Tactics WHAT IS EMPATHY? Anger isn't always bad - 5 ways that anger is GOOD! Beware Disordered Therapists, Gurus and Spiritual ... If He/ She REALLY Wants to Change