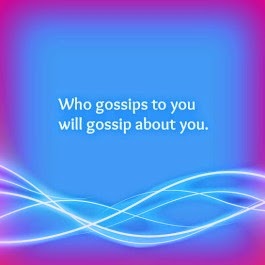 Carefully tending to his or her image as an ''innocent and upstanding' whistleblower who is 'bravely speaking up against evil' is a necessary part of the smear campaigner’s plan. Whether smear campaigners claim to be your victim or just a conscientious bystander (or both), they know that being seen as “the good one” fools the most people possible.

The smear campaigner must work to make people believe them. They will put on a good face, agree with their listeners and feign integrity and kindness.

This is a righteous and brave warrior of truth – not someone who is having a tantrum because you got in their way when they were doing something wrong. This is not a cowardly tyrant who is seething with revenge — certainly not. This is just a decent person who is bravely trying to help others by spreading the word to be careful and avoid a monster of an abuser – you!

Smear campaigners may claim that they don’t want to say anything bad about anyone, and that it’s “not like them”, but they just have to say something about you in order help good people snuff out your supposed evil. They must break with their usual humble moral humility in order to step up and save the decent people of the world by finally exposing the truth about you that nobody has ever known!


Of course, it’s not the truth; it’s a smear campaign. But most everybody wants to support a person who has been hurt by someone abusive and will rush to their defense, so that’s the role the smear campaigner often plays — the good and innocent victim-hero. Smear campaigners play on the sympathies of others, using people’s empathy to gain social leverage against their victims.

Most smear campaigners are highly narcissistic, and narcissists cannot ever be expected to apologize, come clean or admit any wrongdoing, even if caught red-handed in their lies. They truly believe, in their own way, that a smear campaign is the right thing to do to you, because you have opposed them, and you should have known better than to do such an unthinkable thing, so it’s simply all your fault they’re smearing you anyhow. They’re teaching you a lesson — agree with whatever they want, or else. You “asked for it”, and they’re teaching you better.

Smear campaigners are like spoiled playground bullies who kick another child when the teacher’s back is turned, just because the child doesn’t give them whatever they want. They cannot be made to empathize, and they are well-practiced in their abusive games, because they have been playing them all their lives. Next we’ll be discussing a list of ways to counter smear campaigns.

WOW That is really powerful. And right on-time for Domestic Violence Awareness Month. I am a student at Temple University Fox School of Business and Management here in Philadelphia. Currently we are working on a campaign to create awareness for Domestic Violence. We are partnered with "Women in Transition", A local non-profit organization that advocates against Domestic Violence and provides victim and survivor services. We are working hard to do our part to end Domestic Violence. If interested in more info on our efforts in this regard, like us on Facebook. On FB search under Fox Students Against Abuse. We would love to promote your blog and or your book to our community. Collaboration is important in informing the public of all missions behind the purple ribbon. We look forward to the opportunity.

A Fox Student Against Abuse

My provisional hearing was today. I have no real idea what happened today. But the judge DID make sure that he mentioned that NOT ONLY can my spouse get in "my" space while he is living here, but I can't get into "his" Ok. Fair enough. I just want out. There is NO way I am going to persuade the court of his emotional abuse. The judge was bored. And claimed that. My spouse fought NOT to pay for dog grooming and internet *he cannot log onto computer, so why should I have it (but it is FINE to have me make an account for him online for the expressway pay transponder, or check on his prescriptions, or his unemployment, or revise his resume, or send it to a company, etc etc., etc. I just cannot have it...or I can JUST GET A JOB and PAY FOR IT MYSELF. Well, fooker, I TRIED and YOU TOOK THE CAR AWAY and WOULD NOT WATCH THE CHILD. No, he claims he just did not want me to park the 15 year old car in the parking lot and would NOT let me. Oh God. The car is an old piece of crap Buick. The cars in this parking lot were mercedes - bmws, cadillacs that were two, three years old. NO ONE EVER BOTHERED THAT OLD CRAPPY CAR!! what does it matter. it was hell during that time. I don't know how I came out of it unscathed. I am just glad I did and I AM DivORCING the SIck doRk!!!!!