The Dirty Dozen - Characteristics of a Psychopath 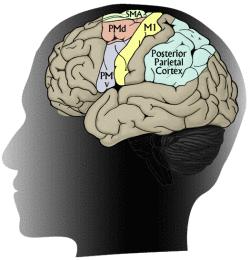 1. The ‘Jekyll/Hyde’ Psychopath comes on strong, sweeps us off our feet. Appearing to be our 'soulmate', he falsely mirrors our values, interests, goals, philosophies, tastes and habits. He mimics our ambition, integrity, honesty and sincerity. He wants to marry us quickly. This control freak wants us dependent on him. He portrays false integrity, appears helpful, comforting, generous in his 'idealization' of us phase. It never lasts as Jekyll turns into Hyde. He blames others. His victims are objectified and disposable. He convincingly mimics human emotions. His lack of conscience is shocking, incomprehensible and emotionally painful to us. We remember his odd reaction to situations. We end the relationship and salvage what we can, or we are quickly discarded as he cultivates a "new perfect soulmate". He will have numerous relationships. He may drop verbal clues about his true character early in the relationship, but we fail to grasp its meaning. Later, when the psychopath eventually emerges, we remember his early warning. His targets suffer emotional and financial devastation and our emotional recovery is lengthy. Defense Strategy: Abandon your efforts to help or cure him. His true mask exposed, your 'soulmate' is gone forever. Accept the reality. Seek therapy. Join a support group to know you are not alone. Don't take the bait when he blames or lies. They fool even trained professionals. Do not be vulnerable or naive. Prepare for a nasty divorce. Accept no abuse. Learn about mental diseases and disorders.

2. The Female Psychopath: Using her false mask, this charming "Southern
Belle" schemer appears helpless or needy, pitiful, inept or emotionally unable to cope. Even total strangers give her things she gratefully accepts. Falsely claiming to be the victim, this passive parasite lures and abuses the normal protector/ provider instincts in her male target. When her mask comes off she is cunning, ruthless, predatory, and loveless. Defense Strategy: She'll try to hook and reel you in. Take the hook out of your lip. Don't make her emotional neediness your problem. This black hole of need can never be filled. Understand the mask of helplessness is not the "real her". If she won't give reasonable answers to reasonable questions turn and run. Beware and remember "...deadlier than the male." Realize she uses sexuality as a lure. Avoid financial or emotional involvement.

3. 'Liar Liar' He will lie for no reason. He will skilfully twists our words, evade
questions, and omit important facts in his ever-changing, self-serving goals. "Hang 'em high" he says about the murderer on the 6:00 news. This hypocrite claims high morals then proceeds to exploits, manipulate and abuse others. His lies and projection are emotionally cruel. He will accuse you of being crazy. Defense Strategy: Quietly verify what he says. The grain of truth he drops occasionally is deceptive manipulation. Do not try to negotiate or bargain. Head for the door when things don't add up. Learn about projection.

4. The Thrill Seeker never learns from his past follies. Easily bored, his hunt for new thrills escalates. His reckless disregard for others endangers them. Poor impulse control, bad judgment, criminal activity and substance abuse are common. Defense Strategy: Don't get involved. Use your good judgment. Say No. Don't take the bait of his rage or manipulation. Don't bail him out.

5. The Malevolent Psychopath is now fully unmasked. We remember when his
eyes were vacant, cold and predatory. This wife-beater, murderer, serial killer,
stalker, rapist, fighter, harasser, terrorist has a 'chip-on-his-shoulder' attitude. His short fuse erupts into rages. He anticipates betrayal, humiliation or punishment. He imagines rejection and rejects first to 'get it over with'. He will harass to get your reaction and try to make you look out of control. Can become dangerous and unpredictable. He has no remorse, no conscience and no regard for the rights of others. This coward sadistically picks on the vulnerable, women, children and the elderly. Defies probation or the courts. He has bad judgment. He never learns his lesson and and repeats past actions to his own detriment. The media loves stories about his heinous acts. Defense Strategy: Act to protect yourself physically, financially and emotionally. Don't tip your hand that you're leaving. Don't take the bait of his over-reactions. Be aware of the services of the police, law and shelters.

6. The Arrogant Psychopath Displays his false mask and his haughty strut as he
demands centre stage. He seeks envy, attention even our fear and hatred. He can never get enough. Fame or infamy are the same to him if he can acquire notoriety. Reacts disproportionately to situations. He boastfully displays his possessions to garner attention. Defense Strategy: Learn the red flags of behaviour. Demand equal treatment. Deny him the attention he demands. Learn about Malignant Narcissism

7. The Charismatic Leader manipulates others to obtain status, control, compliance, money, attention. His effective brainwashing tactics often found in religious cults or political venues. He targets the naive, vulnerable, uneducated or mentally weak. He falsely portrays himself to be virtuous, the perfect father, husband, spiritual leader, advisor, mentor, friend. Defense Strategy: Avoid him. Know his payoff is attention, money or abusing us. Be suspicious of excessive charisma emanating from others. Pay attention when your gut instinct tells you to avoid him.

8. The Promiscuous Psychopath (male or female). Pornography, hypersexuality, masturbation, poor boundaries, exhibitionism, use of prostitutes, incest are reported by his targets. Anyone, young, old, male/female are there for his gratification. This predator takes what is available. Can have a preference for 'sado-maso' sexuality. Easily bored, he demands increasingly deviant stimulation. The internet a favourite hunting ground. However, another type exists, the one who withholds sex or affection. Defense Strategy: Expect this type to try to degrade you. Get away from him. Expect him to tell lies about your sexuality to evade exposure of his own. Be aware of their frequent presence on the internet.

9. The Nomadic Parasite has a lack of long-term goals. With unrealistic expectations, he is aimless and lacking commitment, focus or direction. He aggressively pursues opportunistic predatory use of others. Defense strategy: Be aware of their red flags. Don't bail him out. Know his ability to appear helpless, pitiful, confused and needing our assistance.

10. Conman/Manipulator pits people against each other. We may be used as his proxy interacting with others as he sets us up to take the fall while he enjoys watching the performance he orchestrates. Keeps his allies and targets separate to avoid exposure. Verbally skilled at twisting our words, this charmer usually gets his way. Applying 'fear' selling tactics, this scam artist crafts situations to appear indispensable, ready to solve our problems. Money and conning others are his objective. He will agree to anything then turn around and do the opposite. He will accuse you of breaking the contract. Legal, custody agreements and normal social or personal protocol mean nothing to him. Enjoys orchestrating police/legal action and playing the role of the 'poor me' victim. Defense Strategy: Expect him to disregard the agreement. Know the 'nature of the beast'. Facing consequences is his best lesson. Avoid involvement. Be self-sufficient. Avoid any "Trust-Me" get-rich-quick sales pitch. Learn how swindlers and scam artists operate.

11. The Professional Psychopath is often successful and intelligent in his field. He can masterfully fake his abilities and credentials. He exploits others, and must be in absolute control. He relies on his intellectual manipulation, and charisma. His eye on the boardroom, he backstabs his way to high position. He ruthlessly abuses his power. His bad judgment has adverse affects on many levels of society. He places others in problem or failure situations. This professional bully has no social conscience, and is often suspicious and paranoid. Others may support him to further their own objective but this wheeler-dealer leaves them holding the bag. Defense Strategy: Keep your references and resume up to date. Don't get involved in anything illegal. Document thoroughly to protect yourself. Thwarting them may backlash with a cascade of retaliation.

THE SMEAR CAMPAIGN - Hallmark of a Narcissist or S... How to Identify a Female Narcissist IS YOUR NARCISSIST/ PSYCHOPATH/ ABUSER PLAYING YOU? Passive Aggressive Personality NEVER ASSUME YOU KNOW SOMEONE Sex Addicts & Religion Spousal Abuse in Religious Families Abuser Tactics with Children How to Help Those Abused by a Narcissist What Victims Call the "DV-PASS-THE-BUCK"